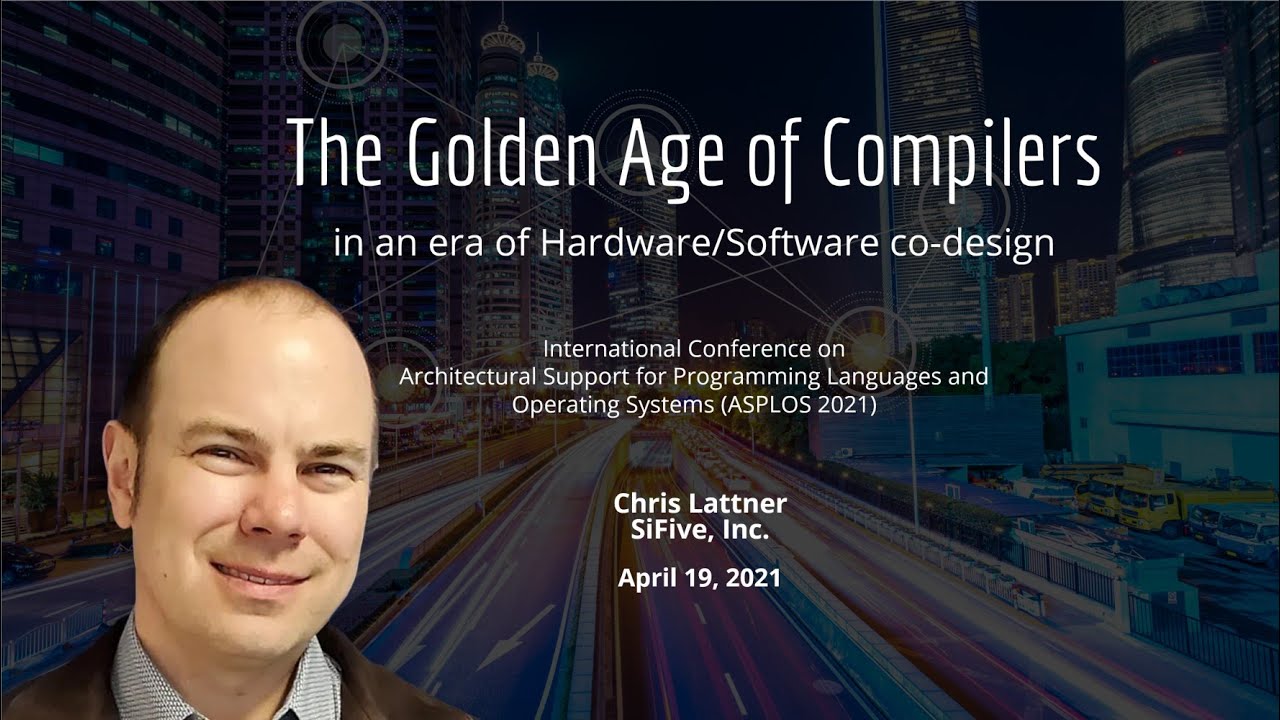 This week at the ASPLOS 2021 conference, Dr. Chris Lattner gave the keynote address to open the event with a discussion of the Golden Age of Compilers in an era of hardware and software co-design.

ASPLOS is a multi-disciplinary conference for research that spans the boundaries of hardware, computer architecture, compilers, languages, operating systems, networking, and applications.

ASPLOS provides a high-quality forum for scientists and engineers to present their latest research findings in these rapidly changing fields. It has captured some of the major computer systems innovations of the past two decades (e.g., RISC and VLIW processors, small and large-scale multiprocessors, clusters and networks-of-workstations, optimizing compilers, RAID, and network-storage system designs).

This conference occurs at a time when computer architecture is facing great challenges, due both to the end of single-processor performance scaling and to new demands imposed by mobile and Giga scale computing.

Chris Lattner co-founded the LLVM Compiler infrastructure project, the Clang compiler, the Swift programming language, the MLIR compiler infrastructure, the CIRCT project, and has contributed to many other commercial and open-source projects at Apple and Google. He now leads the Engineering and Product teams at SiFive.

In this talk, Dr. Lattner will ‘nerd out’ on compilers, accelerators, and the “end of Moore’s Law.”